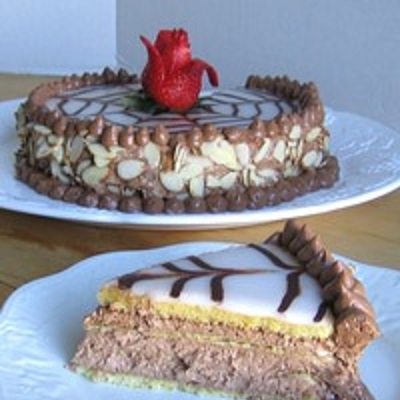 Hungarian Esterhazy torte is a rich dessert consisting of chocolate buttercream sandwiched between four layers of sponge cake. It is purportedly named after 19th-century Prince Esterhazy of Hungary, of a family close to Austrian royalty (and all their fabulous desserts!). 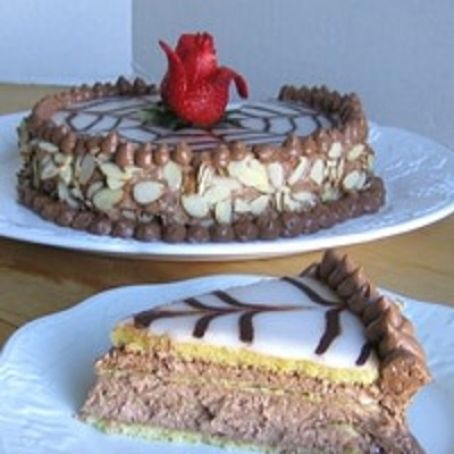 Beat egg yolks with sugar until light and lemon colored. Sprinkle ground almonds and flour over batter and fold in gently. Fold in the egg whites and lemon juice or vanilla carefully so as not to deflate the batter.

Portion batter evenly into prepared pans. For four pans, bake about 10-15 minutes or until cakes pull away from sides of pan and underside is golden brown. For one pan, bake 30-40 minutes or until golden on the bottom. Cool in the pans.

Meanwhile, prepare the Chocolate Buttercream: Melt chocolate in a heatproof bowl in the microwave. Stir and set aside to cool. With a stand mixer or hand mixer, beat the butter with the paddle attachment on low for 2 minutes, medium for 3 minutes and high for 5 minutes. Transfer to a large bowl.

Place egg whites and sugar in the top of a double boiler over medium heat. Whisk gently to 120 degrees on a candy thermometer. Transfer to a clean and dry mixer bowl and beat with the balloon whisk on high until stiff peaks form, about 5 minutes. Fold melted chocolate into butter, then fold in egg whites.

Place chocolate-oil mixture in a squeeze bottle and set aside. Pour warm fondant over torte, tilting so the entire top is covered. If some drips down the sides, that's OK because it will be covered with the reserved buttercream. If it looks too transparent, you will have to apply another coat, but wait until this one dries.

If the fondant is the way you like it, before it dries, take the squeeze bottle and draw 4 or 5 concentric circles on the top of the torte. Using a skewer or the tip of a knife, drag it lightly through the lines from the center of the torte to the edge 8 times to make a chevron pattern.

Frost the sides of the torte with the reserved frosting, pressing in the sliced almonds. Refrigerate until ready to serve. For easier slicing, cut the torte while it is cold but let it come to room temperature before serving. This is a very rich dessert, so small slices work best.

This is a traditional Old World recipe, so it will take some time. 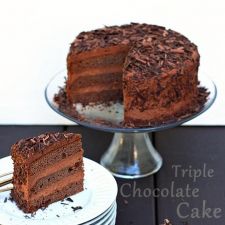