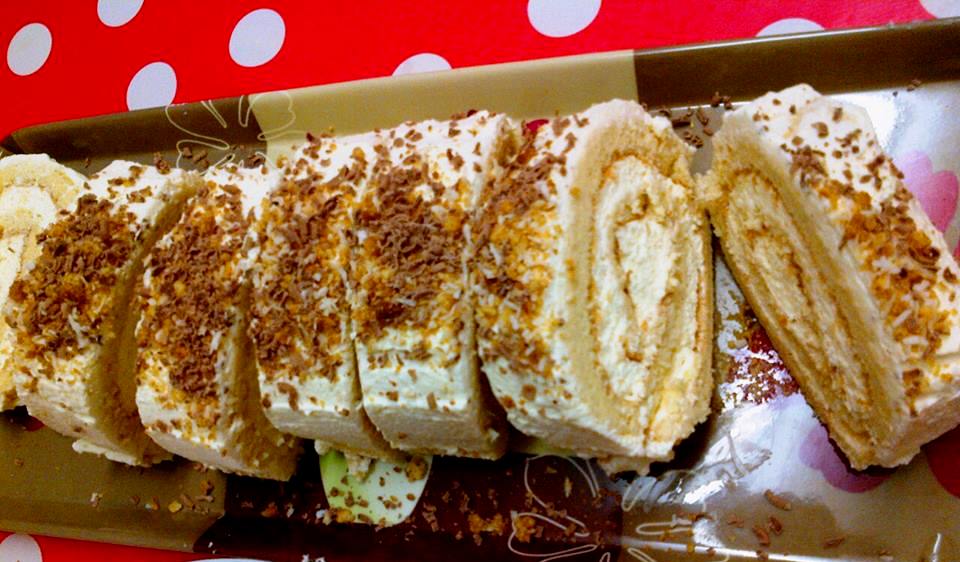 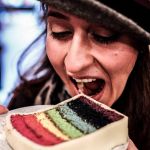 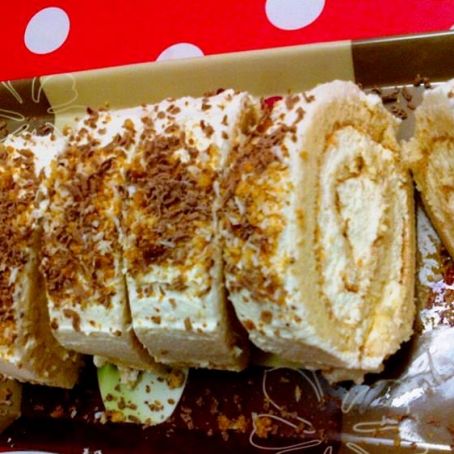 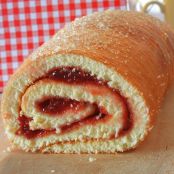 Separate two of the eggs, placing the yolks in one bowl and the whites in another bowl. Then add an additional yolk to the yolks and the two remaining eggs. Beat the egg yolks and whole eggs with 1/2 cup of the sugar until it turns thick, fluffy and pale yellow. Then beat in the vanilla extract.

In a small bowl whisk the flour with the cornstarch.
Fold half the flour mixture gently in the beaten egg mixture until it is well incorporated. Then fold in the remaining flour mixture into the batter.

In a seprate bowl, beat the egg whites until it becomes foamy. Then add one tablespoon of sugar and beat until stiff peaks form. finally gently fold the whites into the batter.

Pour the batter into your prepared tray; making sure it is spread evenly. Bake for about 10 minutes or until it is golden brown and when springs back when pressed. Immediately upon removing the cake from the oven sprinkle with icing sugar and then turn the cake over onto a clean tea towel. Remove the parchment paper, sprinkle with icing sugar, roll up the sponge using the towel beneath and leave to cool.

In the meantime, Beat the whipping cream, vanilla extract, and sugar until soft peaks form. If preferred, add 1/3 cup of your faviourite jam and beat for 1-2 minutes.

Finally to assemble the roulade, unroll the sponge, spread with the cream evenly and re-roll. Cover and chill in the refrigerator for two hours. Decorate with grated chocolate or chopped nuts before serving. 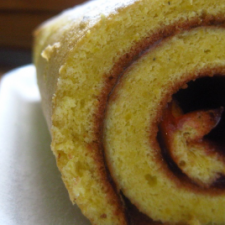