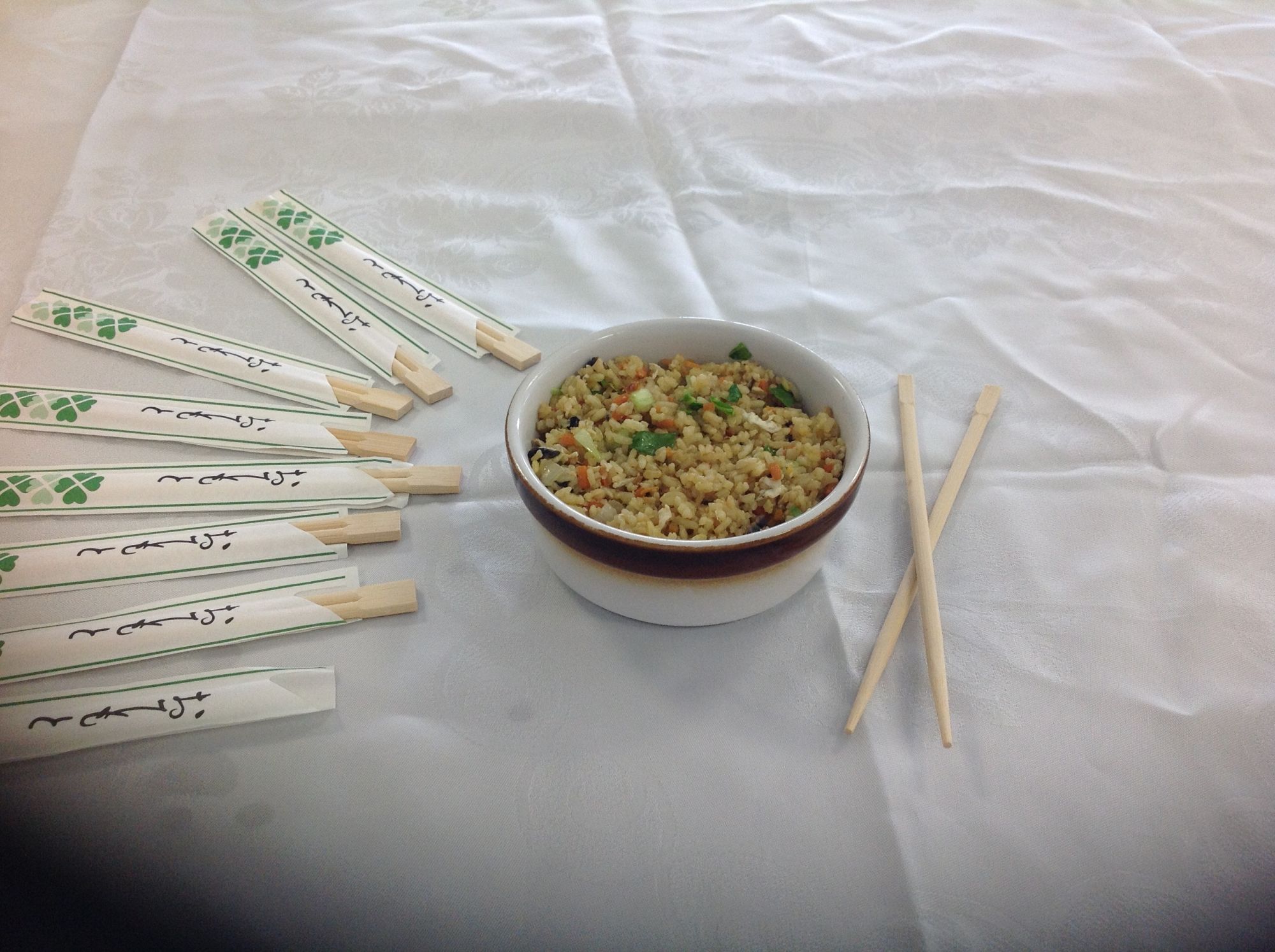 China: Chinese cuisine is widely seen as representing one of the most diverse and richest culinary heritages. A meal in China normally consists of two components, carbohydrates: such as rice and noodles, alongside a form of protein, whether this being from meat, fish or vegetables. Chop sticks are also used traditionally in China, and a flat bottomed spoon for liquids (soups) The tradition to use chops stick came from the fact that in old China people thought of knives and forks as weapons for killing the animal, and it was classed as disrespectful to use this instruments at the table. Deserts are not often served in China, however there are sweet dishes brought out in the middle of the main course, to compliment the food. 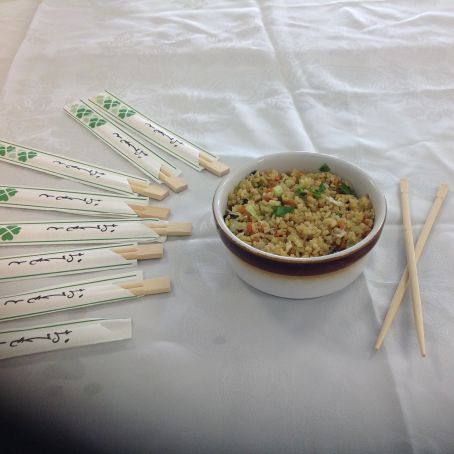 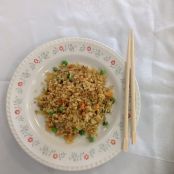 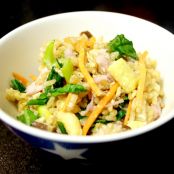 1: Place the rice in a sauce pan on a high heat, and add boiling water so that the water is an inch above the top of the rice, add a pinch of salt and a stock cube of your choice (optional). Leave to boil until the water has reduced and rice is cooked through, and is no longer crunchy.

2: Prepare the vegetables, dicing the onion and mushrooms, roughly chopping the pakchoi leaves, and cutting the carrots into juliennes.

3: Once the water has reduced within the pan of rice lower the heat to a medium level and cover the pan, leave this until rice is cooked through.

4: Heat the oil in a wok on a high heat; add the egg stirring it constantly, followed by adding the onion mushrooms and carrot. Add the rice and continue stirring, season with salt and pepper (optional) and add soya sauce (also optional).

5: finally add the pakchoi leaves. The dish is then ready to be served.

Once the water within the pan of rice has reduced, cover the pan and put on a lower heat, allowing the rice to cook through, whilst you are preparing the other ingredients.
To save time when preparing this meal it may be usefull to use pre cooked rice, this will save time and is a quick and easy way to produce a meal.

14 Things Only Vegans Will Understand