A lovely and easily altered recipe so that you can use different fish or coatings.
The longest part of this is boiling the potatoes and the fish. Once that's done it's really quick and simple. 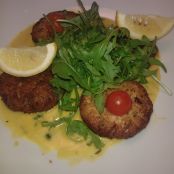 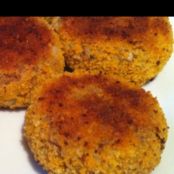 Put fish in to a large pan, season with pepper (you can add salt if you want)
Pour milk over the fish to cover it (not too much though), bring to the boil then lower the heat so it is simmering, cover and leave for about 15 minutes.

Check the fish with a knife - if it flakes off easily then it is ready.

Use a spoon/spatula with holes to take the fish out of the pan (throw away the milk), leave until cool.

When cool, remove skin from fish

In a bowl mix fish, potatoes, butter, spring onion and egg yolk. Blend together (try not to mash the potato up too much though)

Divide into 8 amounts with a spoon

Beat the egg and other egg white in a bowl

Put seeds etc into another bowl

Flour your hands (it's really sticky)

1 at a time take each of the 8 amounts and shape into a fishcake; dip each into the egg mix then into the seeds mix(press down on to the fishcakes to make sure they stick, but not too hard) and place onto a plastic chopping board.

Heat Oil in a frying pan over a medium heat - you don't want it spitting.

Add the fishcakes and fry fro about 3-5 minutes on each side until the turn to a nice golden brown colour. You will loose some of the seeds in the frying pan

I normally buy filleted fish without bones so if you buy it with bones,remove them after boiling.

Some people prefer to boil their fish in water, I use milk so have put that.

For your potatoes make sure they are boiled so they are on the verge of being ready to mash (unless you'd prefer mashed potato in them).

Sometimes I fry the fishcakes in butter until nicely browned and then put them in the oven on a low heat for about 10 minutes.

You can also make smaller ones to use as a starter. 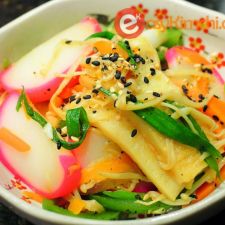