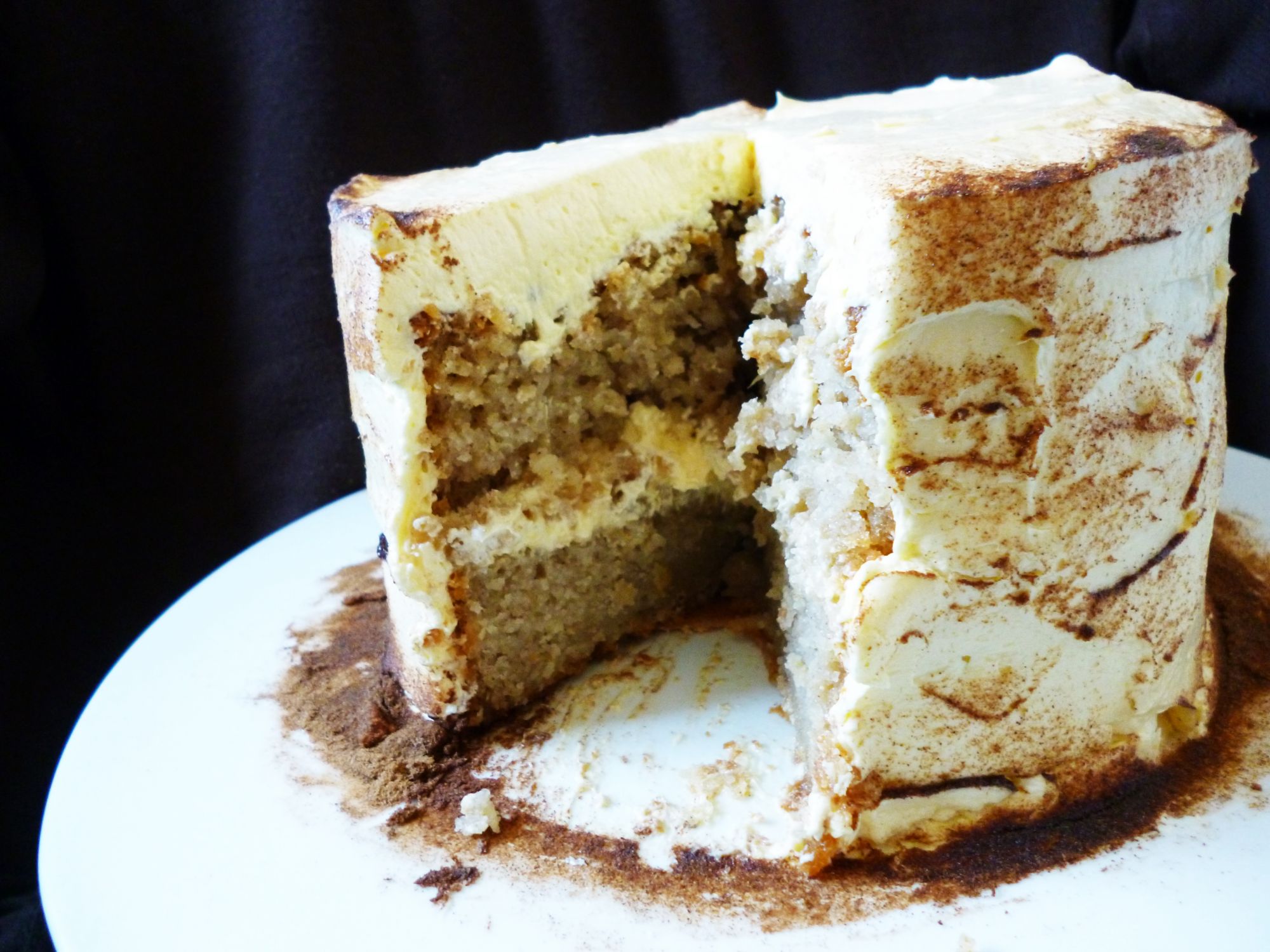 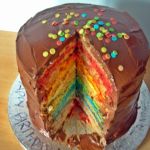 Don't believe me? Take a gander at this cake and see for yourself. I guarantee that you won't be disappointed. The sponge itself is moist, light and flavoursome. The apple flavour comes through most, but the others interweave nicely. In short, it's a perfect cake for welcoming in the new season. 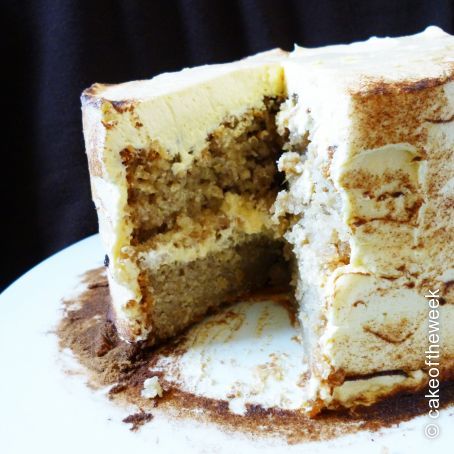 Peel the apple and parsnip, then grate into a mixing bowl (leave the core of the apple).

Sieve the flour and baking powder into the bowl and fold into the apple and parsnip, along with the caster sugar.

Combine the eggs, sunflower oil and cider in a jug and whisk until the liquid is smooth and the eggs are well mixed in.

Pour the liquid into the mixing bowl and fold into the flour, apple and parsnip.

Finally, fold in the cinnamon and nutmeg.

Bake in the oven for 22 mins, or until a skewer comes out clean.

Turn the cakes out onto a wire rack and allow to cool completely.

To make the cream cheese frosting, first place the egg yolks and caster sugar in a bowl. Place the bowl over a pan of hot water, ensuring that the water doesn't touch the bottom of the pan.

Gently heat the pan whilst whisking the yolks into the sugar until they begin to steam.

Pour the yolk mixture into a mixing bowl and whisk until they have doubled in volume and are very pale.

Chop the butter into small chunks and ensure they are at room temperature.

Slowly whisk the butter into the yolk mixture, adding a chunk at a time. Stop adding butter once the buttercream is smooth and holds its shape.

Whisk in the cream cheese until smooth.

Decorate the cake as desired. I dusted the edges with cinnamon by tapping the bottle over the top edge of the cake so that cinnamon fell down the sides, catching on bits of the icing. 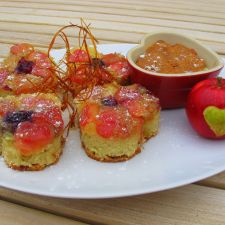