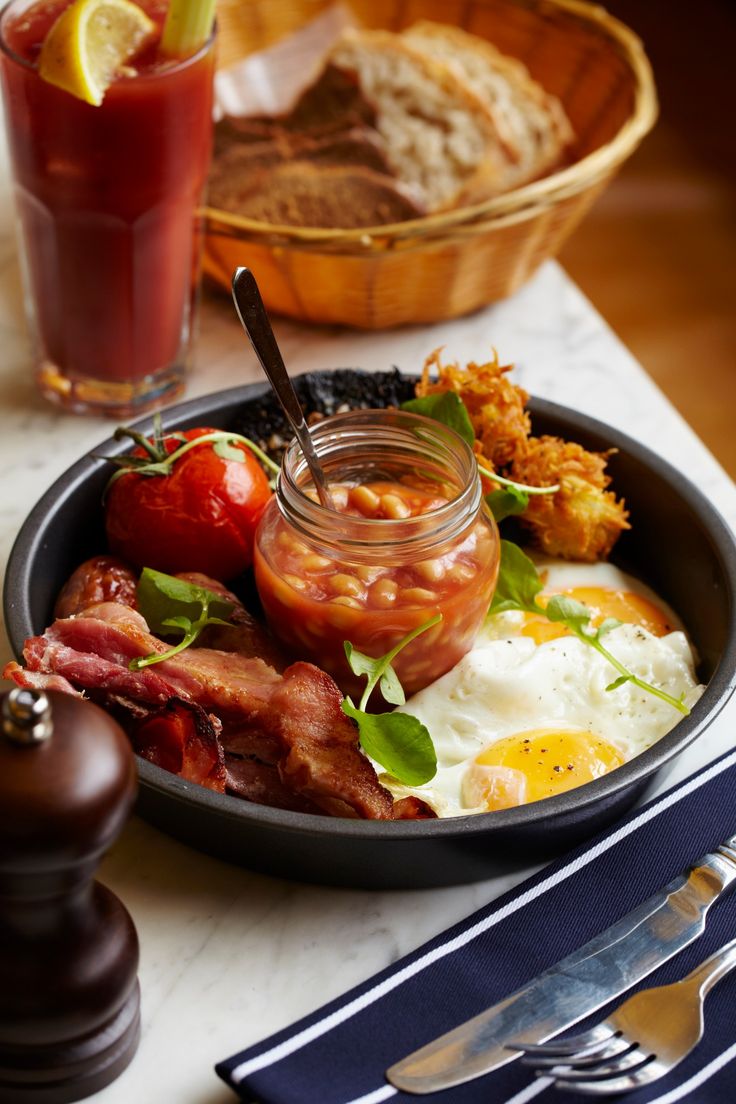 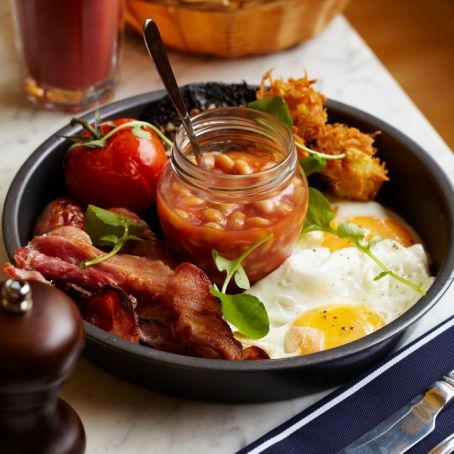 Lay the bacon, mushrooms and tomatoes on a foil-lined tray. Brush the tops of the mushrooms with 3 tsp of the oil and both sides of the bread with the remaining oil. Set aside. Heat the grill to very hot. Lay the sausages on a small foil-lined tray (best not to prick good-quality sausages or they may lose moisture). Grill for about 10 mins until cooked, turning occasionally.

Heat 1 Tbsp of oil in a large frying pan on medium high heat.

When the oil in the pan heats up to the point of shimmering, but not smoking, add the grated potatoes, spreading them out along the bottom of the pan. The potatoes should not be too thick in any one place, no more than a half inch thick. Sprinkle some salt and pepper on the potatoes. After a few minutes, lift up one edge of the potatoes and see how done they are. If they have fried to a golden brown they are ready to flip. Use a large spatula to flip the potatoes over all at once, or divide the large potato cake into halves or quarters and flip. Continue to cook until they are golden brown on the bottom.

heat a griddle pan to very hot. Place the tomatoes, bacon and mushrooms under the grill for 3-4 mins without turning. At the same time, lay the bread on the griddle pan, cook until crisp, about 1 min each side. Drain everything on kitchen paper.

Put a teaspoon of oil into a pan, crack an egg and leave it to fry. Put some salt and pepper to season.
Whilst doing this heat up the baked beans for about 45 seconds in the microwave.

Put the baked beans in the mason jar, and place in centre of the tin. then arrange everything else around it. Enjoy. 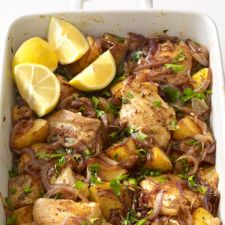