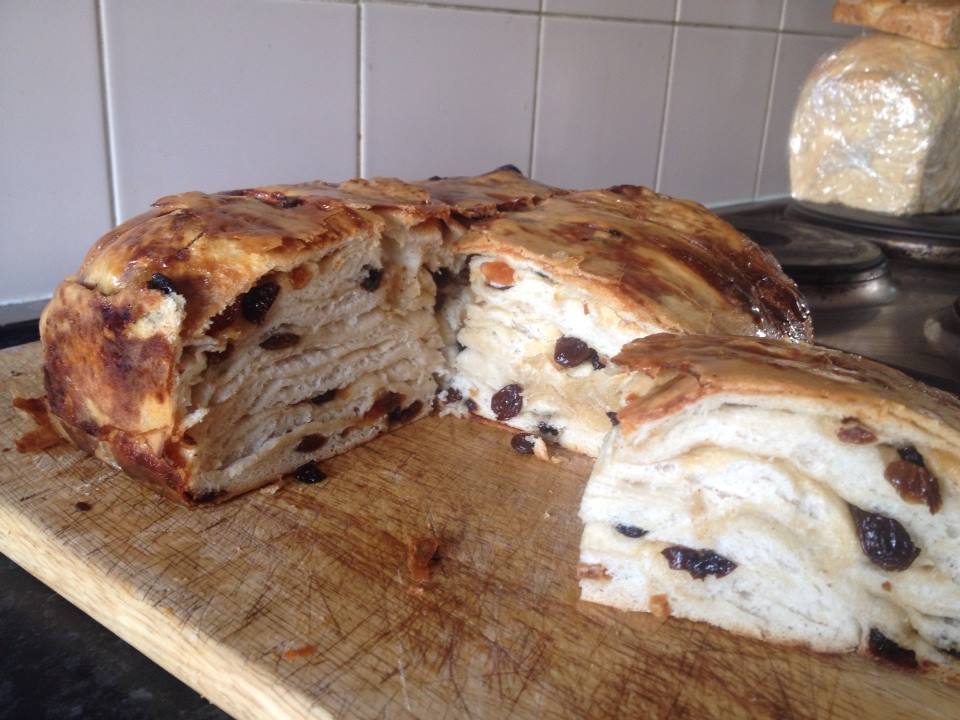 A lighter lardy cake than most shop-bought lardy cakes, still very delicious though 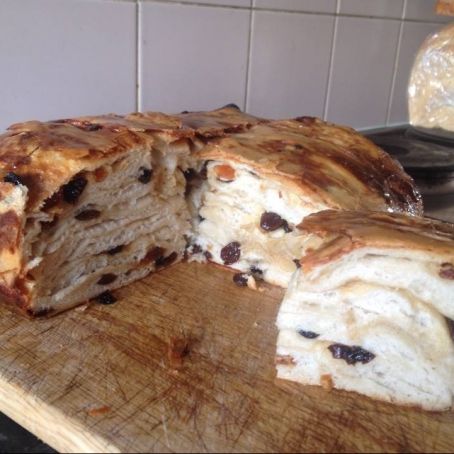 Mix together the flour, salt and yeast in a mixing bowl. Rub in 20g of the lard using your fingertips until there are no pieces of lard visible.

Add three-quarters of the water and hand-mix the flour into the water to form a dough. Add as much of the remaining water as you need to get a dough that is soft and leaves the sides of the bowl clean.

Tip the dough on to a lightly floured surface and kneed for 5-10 minutes, or until the dough is smooth. Place in a clean bowl, cover and leave to rise until doubled in size. This depends on the temperature of the room but should take 1-2 hours.

Once the dough has doubled in size, tip on to a floured surface and roll into a rectangle about 20x50cm and about 1/2cm thick.

Line a 23x23cm square tin. Roll out the dough to fit the tin and place it inside. Cover with cling film, or place inside a plastic bag, and leave to rise for 30 minutes. Preheat the oven to 220c.

Bake for 30-35 minutes, or until golden brown. Glaze the top of the cake with warmed honey. Leave to cool slightly before removing from the tin.