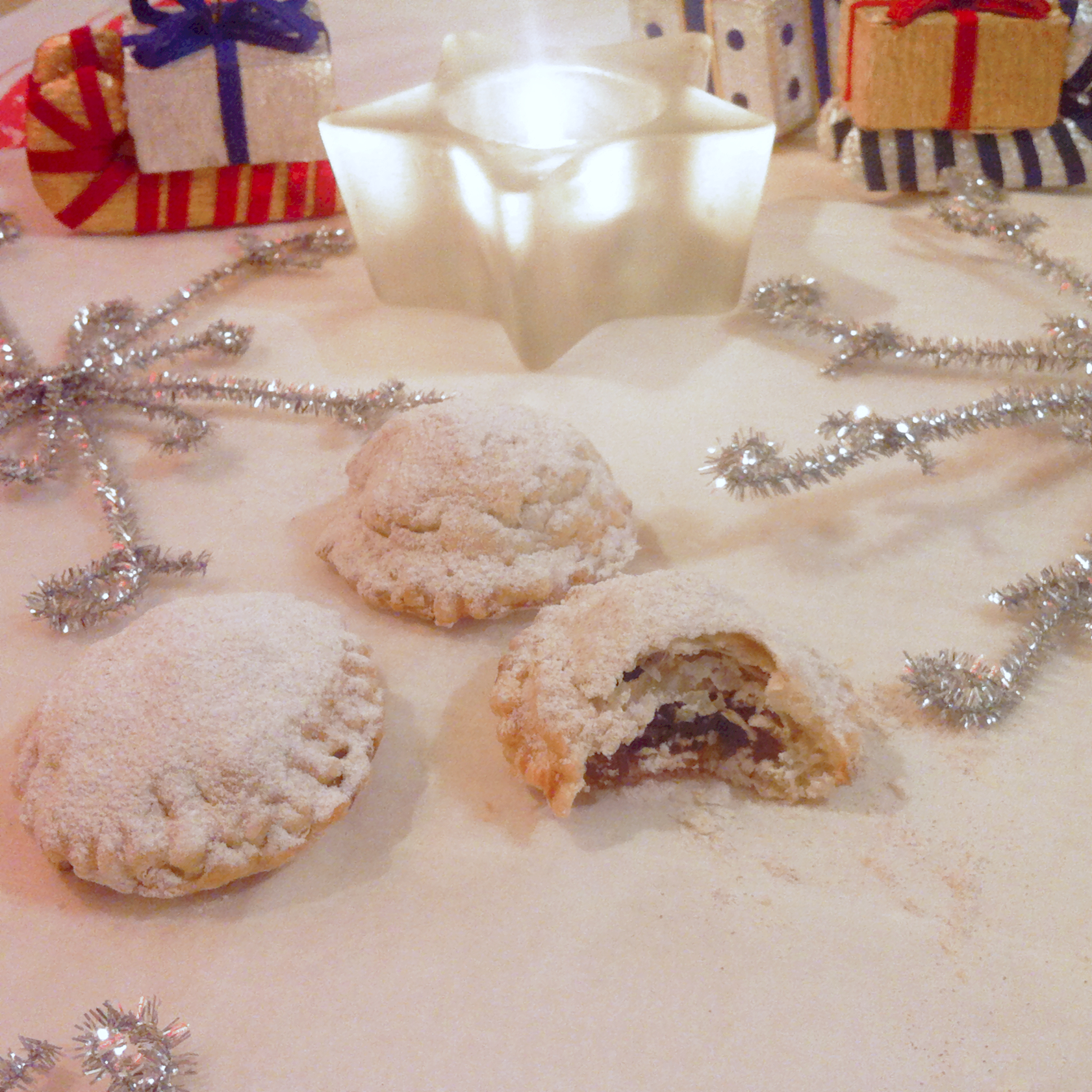 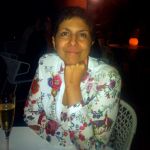 A thin, crisp shortcrust base with a flaky, buttery, puff pastry top, encasing an orange scented little mouthful of fruity mince and dredged in cinnamon icing sugar – even those who dislike mince pies will like these. 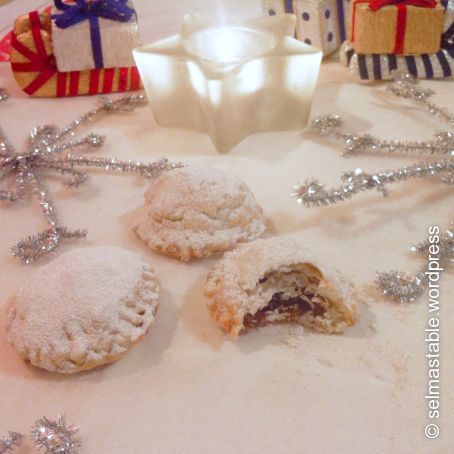 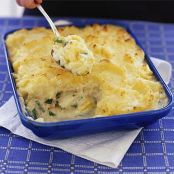 Unfurl the shortcrust pastry sheet keeping it on it’s wrapper and roll out a little more thinly.
Using a 5 cm cutter, stamp out rounds for the base.
Remove the trimmings – you can re-use these – and leave the rounds on their wrapper

Spoon on a good teaspoonful of the mincemeat, heaping it on in a dome, but making sure to leave the base clear around the edge.

Unfurl the puff pastry and roll out quite thinly – more so than the shortcrust as you are going to be stamping out larger rounds to cover the filling.
Using a 5.5 cm cutter, stamping out slightly larger rounds.

Pick up a circle of puff pastry and using your index finger, dip into the beaten egg and brush around the edges of the puff.
Place on top of the mince topped shortcrust rounds and shape around the filling.
Carry on doing this until all the bases are covered

Then, tear off a bit of parchment paper and place one of the pastries on top of it.
Use the paper to swivel it around as you crimp the edges quite firmly with a fork , to seal.
Place on prepared trays; you can place them quite snugly as they don’t spread too much

Egg wash them using a brush. Bake for 18-20 mins , turning trays around and swapping them if necessary after 9 minutes, until golden and crisp.

While the pastries are baking, mix the icing sugar and cinnamon in a bowl.

At this point, you can re-roll the pastry trimmings and stamp out, fill, top, crimp and egg wash and bake when the oven is free.
Once pastries are out of the oven and still hot, using a fine meshed sieve, heavily dredge with the cinnamon icing sugar and remove to a wire rack to cool.
Pack into air-tight tins and sieve in some more of the icing sugar until ready to serve.

Have Yourself A Very Easy Christmas