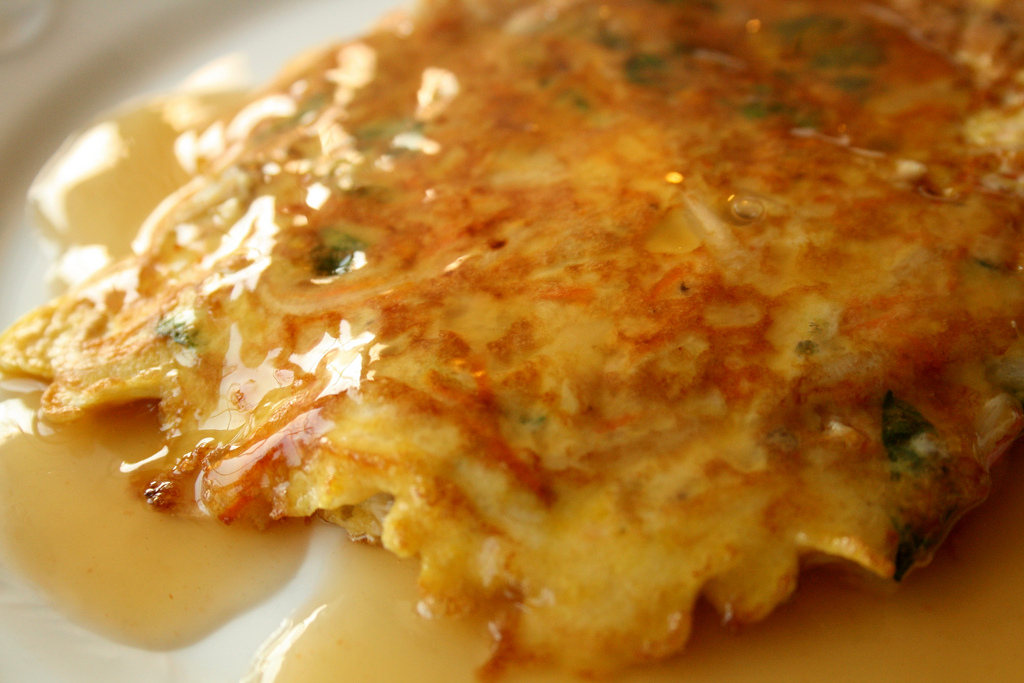 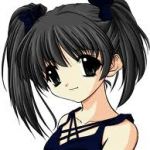 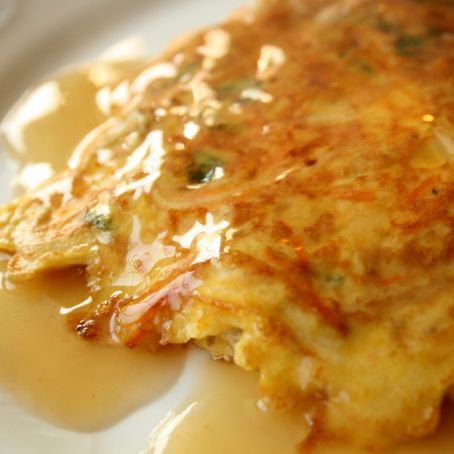 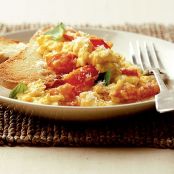 Drain bean sprouts completely (if using canned), drain water chestnuts and cut into thin strips, thinly slice scallions (including green part), chop mushrooms. Put prepared vegetables into large bowl and create a well in the centre of the veggies. Beat the eggs and pour into well, add salt and pepper to taste. Mix egg with vegetables.

Heat oil in non-stick frying pan (instead of sesame oil peanut oil could be used).

Stir egg mixture and add in about 1/4 cup amounts (to make individual patties) with a large spoon to frying pan patting them down gently and scooping up runny sides.

Fry until golden brown on both sides. Be sure to stir mixture each time before adding to frying pan or the vegetables will fall to the bottom of the bowl. Put on serving platter to keep warm.

SAUCE: Combine 1 cup water, chicken stock cube and soy sauce in a pot and bring to a boil; mix corn flour with 1 tbsp. cold water and then stir into boiling mixture until thickened. Serve the patties with sauce poured over. If wanted, and for more points, it can be served over rice. 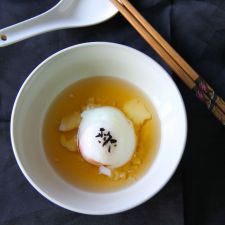