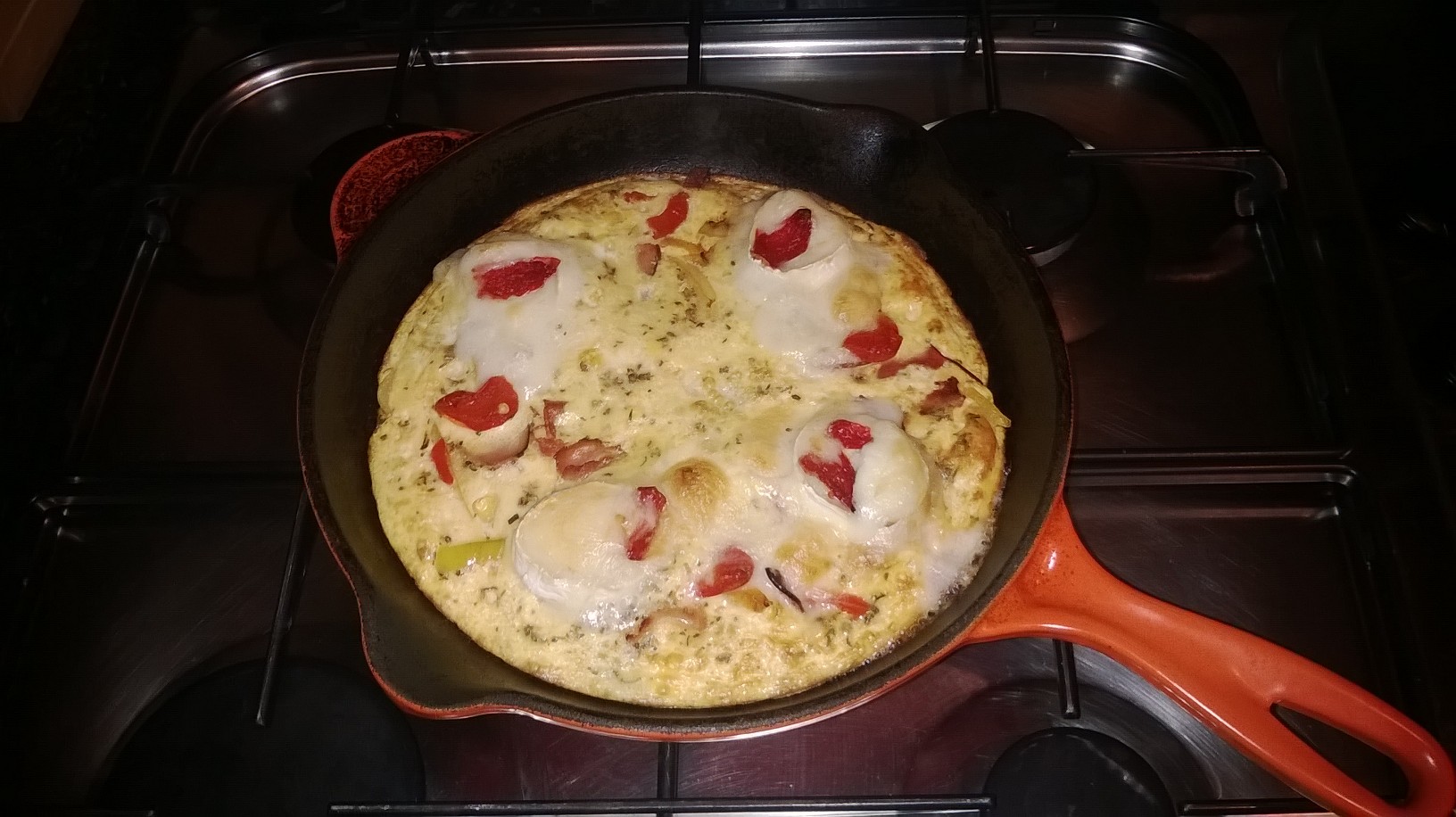 A fluffy omelette loaded with flavour 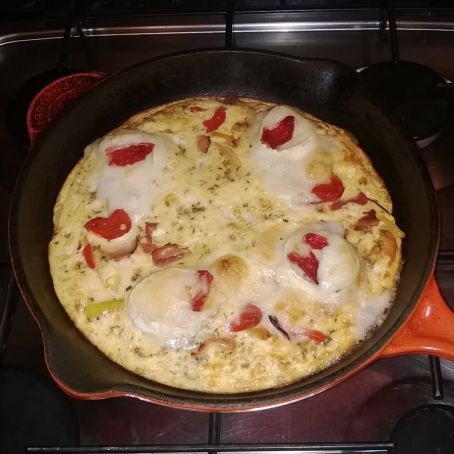 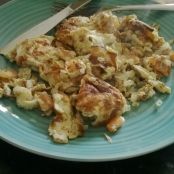 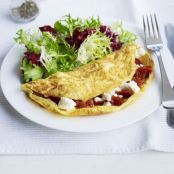 Finely chop the onion and fry in 1 tsp vegetable oil or spray oil until translucent.

Roughly chop the ham and salami and add to the onions.

Finely slice the bell pepper and add to the frying pan.

Roughly chop the Roquito peppers and add to the frying pan

Spread the mixture out so there is an even spread of ingredients across the frying pan.

Mix the 4 eggs, milk, Italian seasoning, and pepper in a jug until thoroughly mixed, and pour onto the mix in the frying pan.

Cook on the hob until the mix starts to set on the bottom and the sides become firm. Roughly chop or grate the cheese and sprinkle on top.

Place the frying pan in the oven at 220°C and allow to cook until set, about 5 minutes.

The ingredients can be changed depending on personal preference, but if cooking tomatoes add them at the same stage as the cheese otherwise it makes the omelette soggy.

Make sure you use a frying pan that can be used on both the hob and in the oven. I use a cast iron pan.

Eggs in the mirror

Oyakodon (rice with chicken and leek omelette) Eggs in the mirror