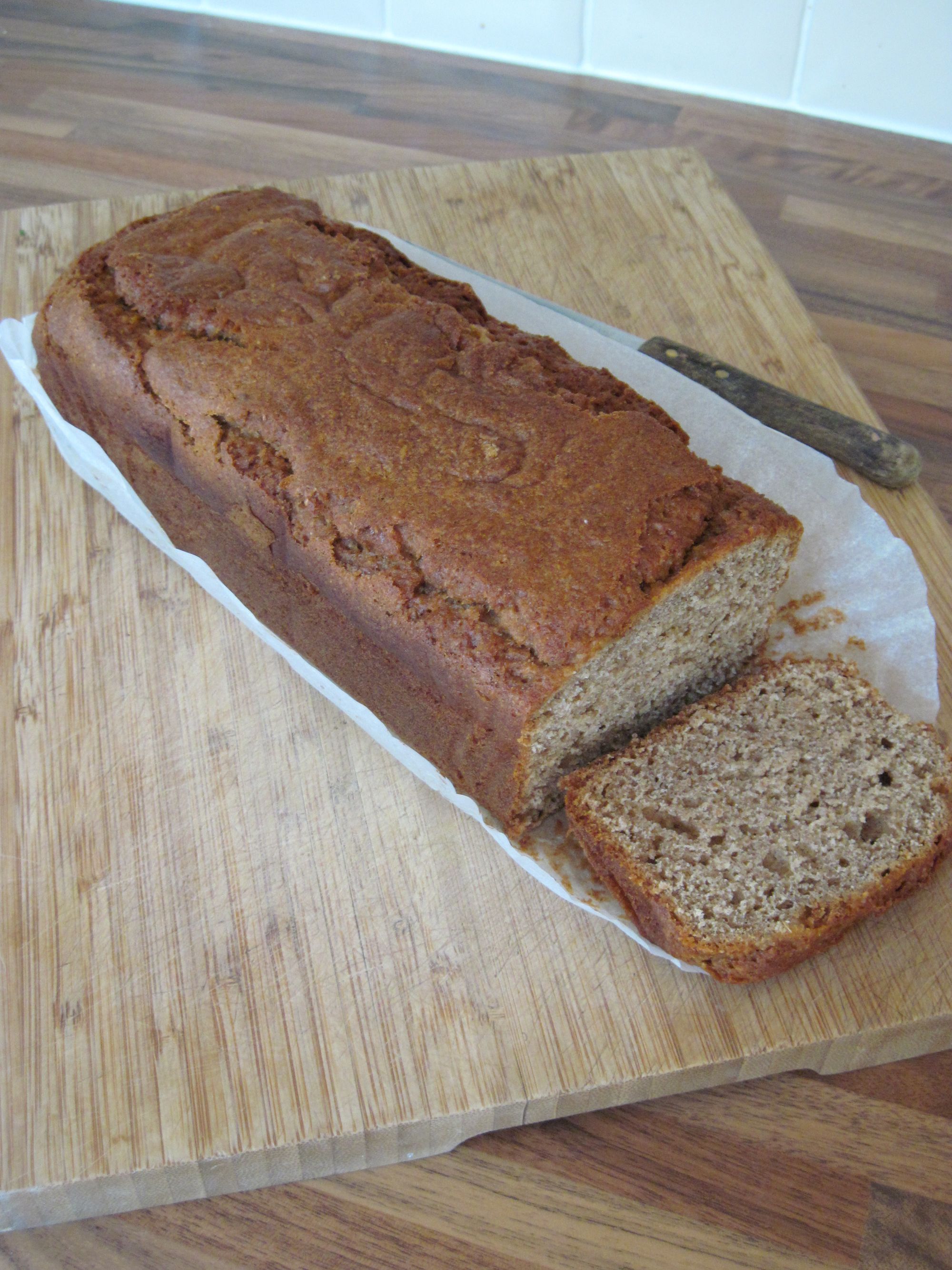 A banana recipe for people who don't like bananas. 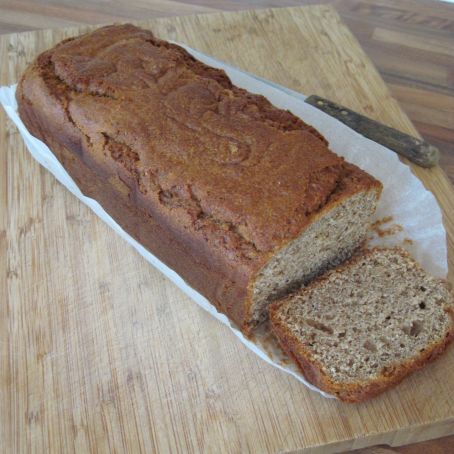 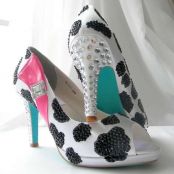 Preheat your oven to 180 degrees/ gas mark 4. Prepare your tins. I tend to use two small loaf tins, lined with the ready-made liners that you can get in the supermarket, instead of faffing with cutting up greaseproof paper and trying to get it to stay in place. You could also use one large loaf tin, or a couple of round ones, but probably the best option of all, if you have enough of them, is to use muffin tins and cases, because the cakes freeze and defrost really easily, so you can keep a batch in the freezer and then grab one whenever you feel like.

Peel & roughly chop the bananas into a big mixing bowl. Smash them into as smooth a puree as you can manage, ideally using a stick blender (or do the whole thing in a food processor). If you have really ripe bananas, this should make a gooey liquid. It’s not the end of the world if some of them are less ripe than others, however.

Add the melted butter, and blend, then the beaten egg, sugar and then the flour & other dry ingredients. Remember not to have the butter too hot when you mix in the egg, or it will scramble! I tend to sift the flour in for a lighter result, and to beat the egg thoroughly before including it, for the same reason. The mixture you get at this stage should not be too stiff, or very liquid- sort of “dollopable”. Go easy on the flour if your bananas weren’t very squidgy, but put in all 10 oz if they were nearly walking into the bowl on their own.

Finally, mix the bicarb & water together and stir them through. Quickly divide the mixture up into tins. Bear in mind that it can double in size during baking, so leave plenty of space!

In a loaf tin, this takes about 45 minutes to bake, but it will be less in cupcake or muffin form. Fortunately, it doesn’t seem to be one of those temperamental cakes that sinks as soon as you open the oven door, at least not near the end of its cooking time, so I often have something else in the oven at the same time, and check on it from half an hour onwards. It is ready when skewer inserted in and pushed all the way to the bottom comes out clean. As the top of the cake normally “cracks” along its length (like in the picture), you can generally do this test without making gaping holes in a perfect crust. Even better, though, if you can get the hang of it, is to listen to the cake “singing”. If, when you take it out, you can hear the cake making noises (sort of bubbling to itself), it is still soft inside. If it has gone quiet, it’s done. It took me a while to learn how to do that by comparing the sounds of a cake that the skewer told me was done with ones that the skewer said was still undercooked, but it has avoided mistakes since with cakes with berries in, etc, where you can get “false” damp skewers.

Try not to unwrap it before it’s cool. It is nice hot, but tends to fall apart. If you haven’t a cooling rack, a grill pan with a rack in it works fine. 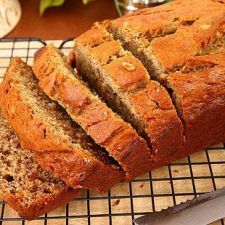