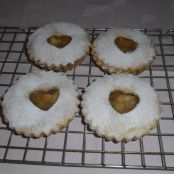 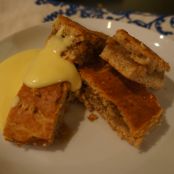 Add flour to the bowl along with a pinch of salt and cinnamon.Cut the butter into squares and incorporate it into the flour by rubbing the butter and flour together.

Add enough cold water to make a smooth dough. Wrap the dough in cling film and refrigerate for about half an hour.

For the filling, melt the butter in a saucepan, then add flour to the butter.

Add the two sugars (white and brown) to the saucepan along with water and salt.

Let the mixture simmer for a few minutes, remember to stir the caramel mixture a few times.

After the caramel mixture is done, remove from heat and let it cool for a few minutes.

Peel, core and then slice the apples. Remove the dough from the fridge and divide the dough into half.