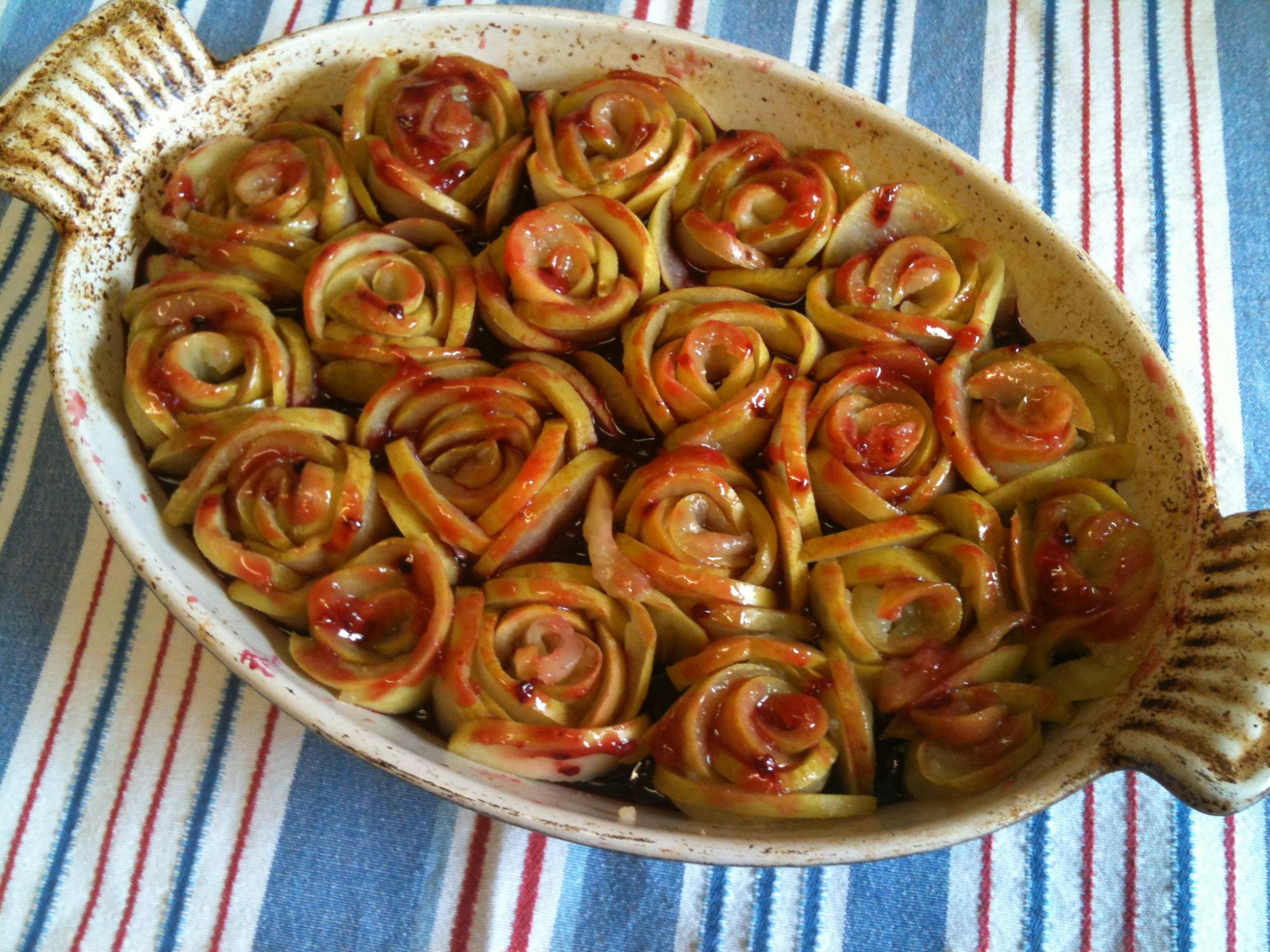 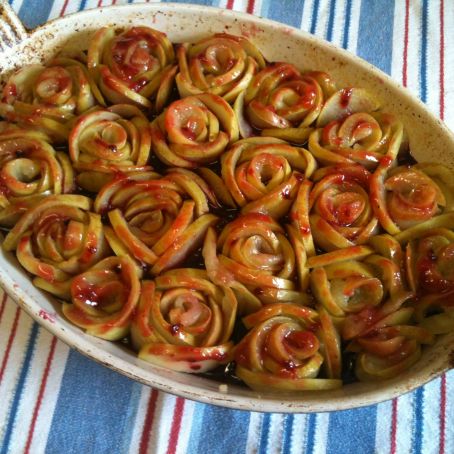 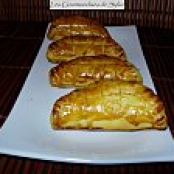 Apple & black pudding parcel on a...

To make the base, mix the dry ingredients together and then rub the butter into the mixture. Add the egg yolk, and combine the mixture by hand.

Set the mixture aside while you prepare the blackberry and apples.

Place the blackberries and sugar into a pan, and cook on a medium heat, until they cook down into 'jam'.

Place the apple slices into the sugar syrup and boil for around 2 minutes (the slices should be transparent, but not mushy).

Remove the slices from the pan, and place onto a muslin cloth / paper towel to remove excess moisture.
(Reserve the left-over syrup to use as a glaze later-on).

To make the roses, roll a slice of apple into a tube-shape. Then, using the tube as the centre, add more slices of apple around the outside for the petals.

To get the tart oven-ready:

Take your tart dish, and press in the base mixture until it covers the bottom evenly.

Then arrange your apple roses on top of the jam.

Add the 1tsp of blackberry jam into the left-over sugar syrup, and then brush this over the apple-roses as a 'pink' glaze.

Place into a preheated 180 degree oven, and cook for around 25 minutes, or until the apples are golden. 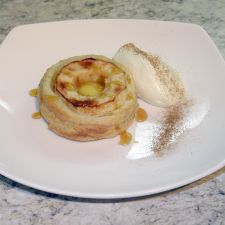