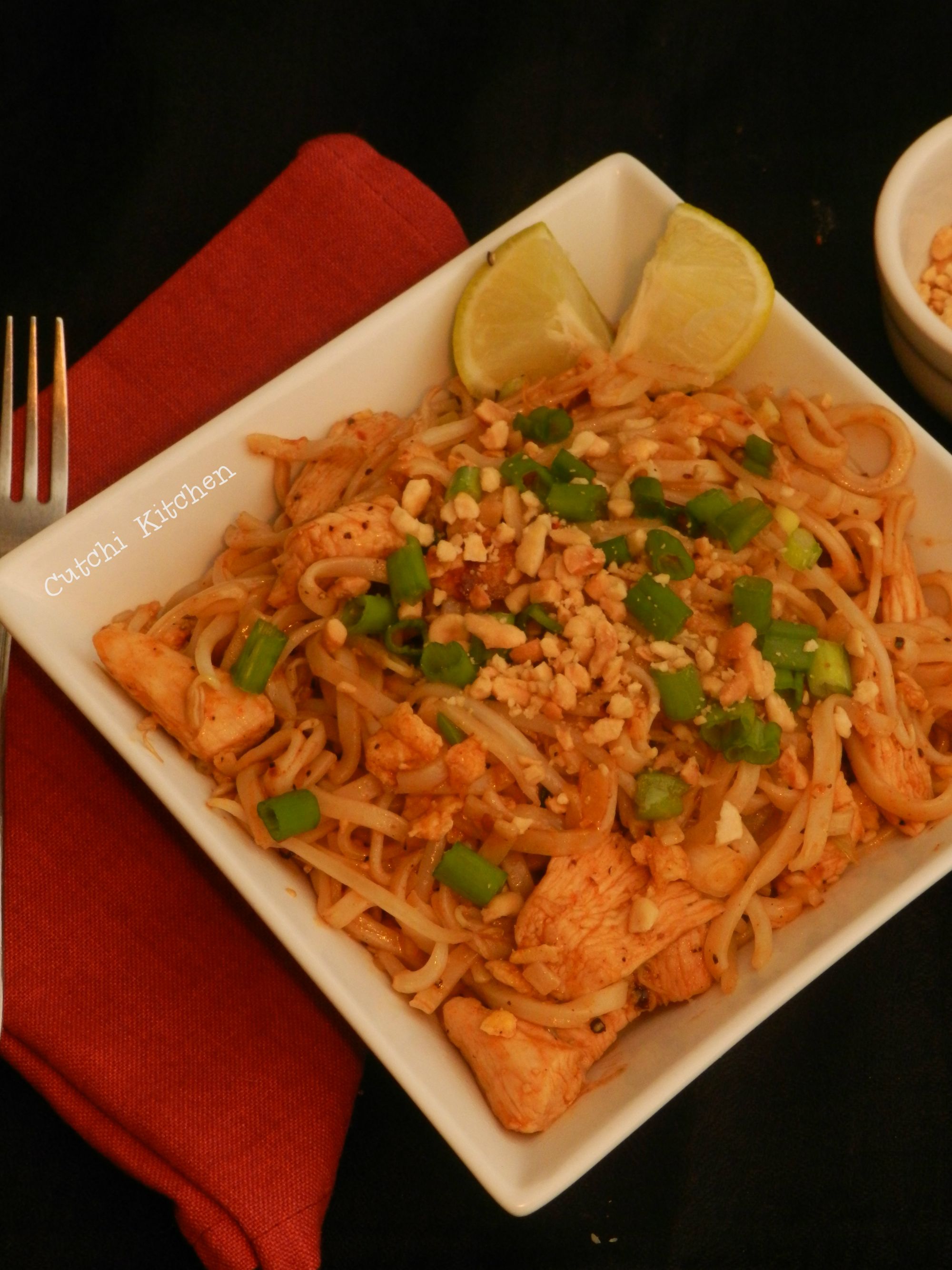 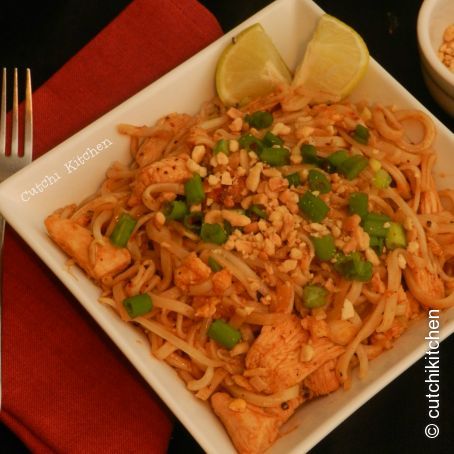 Mix the tamarind paste, water, paprika powder, fish sauce, soy sauce and keep aside. Cook the rice noodles according to the packet instructions for about a minute less than specified on the packet.

Heat 1 tablespoon oil and stir fry the minced garlic, chopped birds eye chillies and white portions of the spring onions for a couple of minutes in a large pan.

Add the chicken strips with a tablespoon of the mixed sauce and stir fry till the chicken is cooked. Move the chicken to one side and scramble the beaten egg in the other side of the pan.

Now divide the stir fried chicken and egg mix into two portions, leaving one portion in the pan.

Add the half the green parts of the chopped spring onions, freshly crushed black pepper, 1 tablespoon lime juice, chilli flakes and crushed peanuts. Remove the individual portion to a serving dish. Now repeat the same steps with the remaining chicken and egg mixture to prepare the second individual portion.

The main trick with this dish is quick stir frying and it needs to be done so that there is enough space in the pan for all the ingredients to move around and get cooked at the same temperature. Do not be tempted to make the dish for two portions in the same go - as you will not be able to get the same effect as in street style food where individual portions are prepared. I used ready cooked noodles - so it took less time than specified above. Adjust the spice and sourness according to individual tastes. Don't hesitate to taste the pad thai before adding more sauce. Traditionally palm jaggery is used instead of light or dark brown soft sugar. 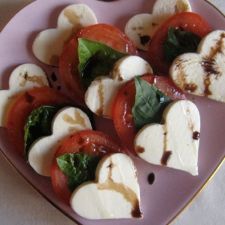