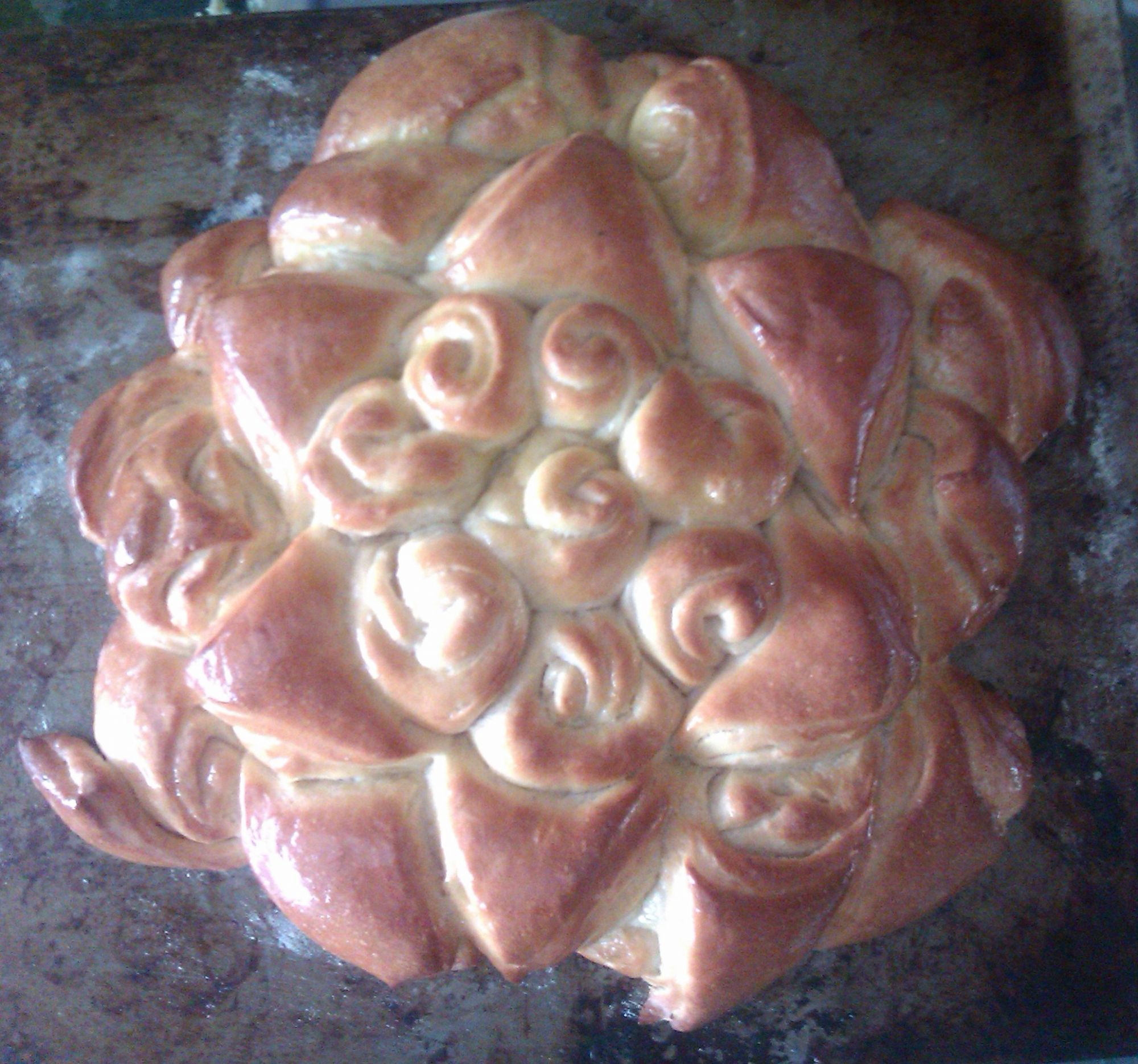 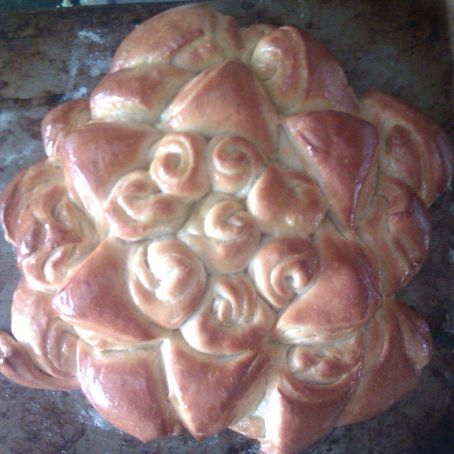 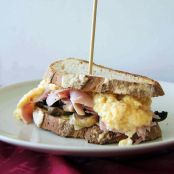 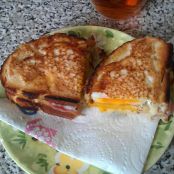 Dissolve the sugar and yeast in 100ml warm milk, cover and leave in a warm place to rise for 10 minutes.

In another bowl, sift the flour and salt together. Make a well in the midle and add the beaten eggs in it, the remaining warm milk, olive oil, vinegar and yeast mixture. Knead the dough with your hands or in your mixed until it seperates from the sides of the bowl. Remove the dough, place it on a lightly floured surface and knead it for about 10 minutes until it becomes a soft, pliable dough. Place the dough in a greased bowl, cover with a tea towel and leave to rise in a warm place until doubled in size, which should take about an hour.

Punch the risen dough and transfer it on to a floured surface. Divide the dough into 2 equal parts. Divide each of these again into 4 so you have 8 pieces of dough in total.

Roll each piece of dough out into a roughly rectangular shape with a thickness of 3-5mm. Brush cooled, melted butter over each piece. Set aside the remaining butter for later.

Place one piece of rectangular dough over another one adn start to roll into a cylinder. Do the same with the rest of the dough, you will end up with 4 cylindrical rolls altogether.

Cut each roll this way - slice both ends of the rolls off, so they are about 1.5 inches long, and put the two end pieces aside. Then cut the middle part of the roll into 4 triangles.

Preheat the oven to 180c. Grease or line a large baking tray. In the middle of the tray, arrange the cut ends of the rolls around each other to form a circle, placing the cut ends down. Arrange the cut triangles to completely surround the middle circle. Cover with a towel and leave the dough to rise in a warm place for about 30-40 minutes.

Beat the egg yolk with the milk with a form to form a glaze and brush the top of the bread with the glaze. Bake the bread for 20-30 minutes, reducing the temperate to 160c after 10 minutes in the oven.

Brush the bread with melted butter as soon as it comes out of the oven, cover with a towel and leave to cool for 10-15 minutes before eating.