Arriving on Friday afternoon, our excited ambassadors began their special culinary weekend in style, with a fancy meal at at Chez l'Ami Jean – near the infamous Eiffel Tower.

After welcoming our guests to the renowned French restaurant, Managing Chef, Stephane Jego and his expert team, began serving up an impressive nine course menu to the surprise, but delight, of the table.

Five mains and three desserts later, dinner was well and truly over but the Paris Food Trip trip had only just begun.. 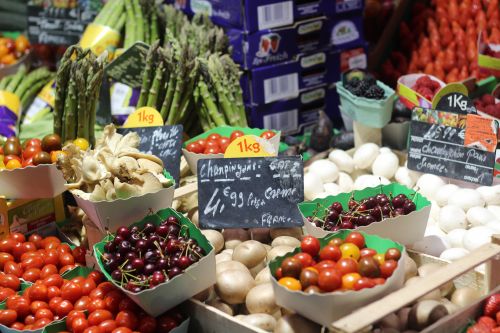 Bright and early Saturday morning, our ambassadors were let loose on the fresh produce at the city's largest covered market, Saint-Quentin Market.

Stopping at one cheese stall, our Paris Food Trip ambassadors tasted a wide selection of best French cheeses from Comté to Reblochon.

Following the morning market promenade, it was off to the 750 Grammes Atelier (cooking studio) for a friendly international cook-off.

With renowned French chefs Damien Duquesne and Christophe Dovergne at hand to help, our teams were off!

Our own UK ambassador, Anyonita skillfully baked some impossibly delicious Sticky Toffere Brownies - a recipe she was amazingly testing for the first time!

With cameras in almost every hand, it teams were working tirelessly to assist thier ambassadors' creations, overcoming language barriers with laughs and jokes.

While there was no clear cook-off winner, it didn't seem to matter to those chowing down on the beautiful meals created by our guests.

Make the blogger's created recipes yourself below! 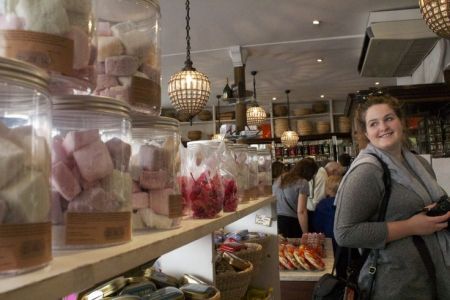 Hitting the streets of Paris, our five international guests of honour, were led by Pascale to the most gourmet Parisian hot-spots.

Among the stops was the traditional chocolate and confectionary store, A La Mère de Famille, the famous chic gallery arcades of Galerie Vivienne, and finally to Le Bon Marché, a specialty food store selling high-end goods.

After finding some special gifts, our ambassadors headed back to the hotel for some much needed R&R, before heading to dinner at the michelin-starred restaurant, Le Violon d'Ingres. 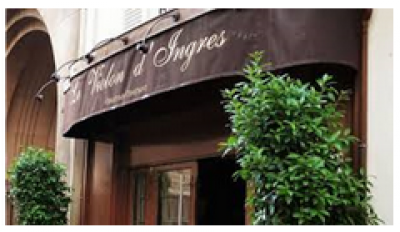 A restuarant celebrated for its classic French dining, our guests enjoyed an evening of  pure elegance and well considered plates.

UK ambassdor Anyonita says her first dining experience at a Michelin-starred restaurant was everything she had hoped.

"Everything about Le Violon d'Ingres was refined while still being inviting," she says on her blog.

"The food was absolutely stunning and although it didn't have the comfort food chord that being around the table at Chez L'Ami Jean affords, it was equally delicious.

"Each dish seemed to make sense, each plate was an intricate world of its own, bursting with flavour and texture."

Back in the 750 Grammes Atelier, a bevvy of gourmet French sweets and pastries were ready to taste!

Following the first tasting of tangy yoghurt and strawberry macarons from Pierre Hermès, Ladurée's 'macaron of the moment' - a light lemon macaron - served as a surprise, as it was peppered with a light spice 'piment d'espelette' from the French Basque region.

Continuing the French dessert sampling, a smooth cheesecake from Michalak and a 'Paris Brest' from La Patisserie des Rêves really put the icing on the cake, so to speak.

The Gourmandize UK & Ireland team and the entire 750 International Group would like to warmly thank our participcants, organizers and sponsors for contributing to the success of the inaugural Paris Food Trip. 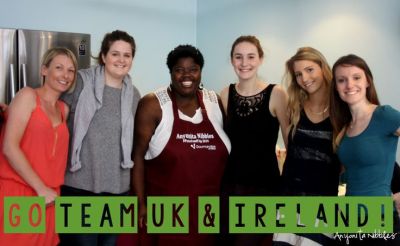 Cherries to Melons: The Right Foods For Bigger Boobs

10 Foods To Avoid During A First Date

World Cup We All Scream For (Homemade) Ice Cream