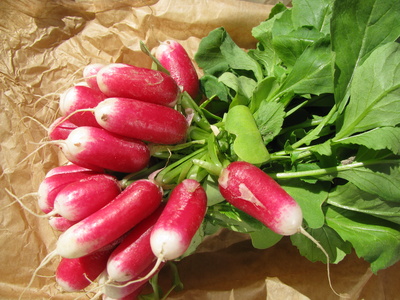 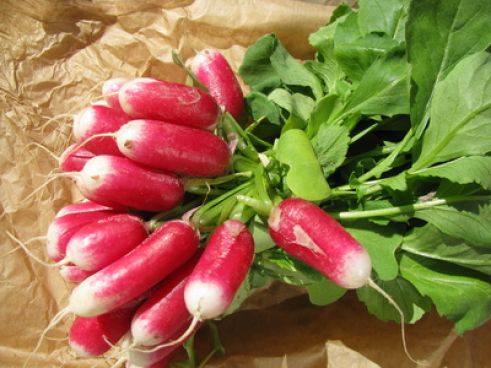 Come Summer, radishes burst onto tables and picnic blankets across the UK and are a wonderful entrée to cleanse the palate before a meal.
Part of the mustard family, radishes are a crunchy red root and have a strong peppery flavour. They are also popular in oriental cooking, although with a milder flavour.

The radish is an edible root known for its peppery flavor profile and crisp and crunchy texture. The radish is not only just consumed, but its many varieties are grown throughout the world. They possess high levels of folic acid, riboflavin, vitamin B6, potassium and magnesium.

They are in season from April to June and October to January. Radishes are high in vitamin B6 and calcium and are available all-year round, except for the British season which runs from May to late October.

How to Pick a Radish

A radish must be firm, smooth and have unblemished skin. The leaves must be short, green and stiff.

Radishes can differ in size, shape and color. The red radish can be small and robust, slightly elongated and pink and with or without a white tip.The white radish is also referred to as Daikon. It is larger and more elongated and has a milder flavor than its darker counterparts. It is commonly found in oriental cuisine.
The black radish is also referred to as the Spanish Radish. While their skin may be coarse and black it contains a strongly flavoured white flesh.

How to Store Radishes

Radishes can be safely stored in the crisper sections of your refrigerator, when wrapped in a plastic bag, for up to one week.

How to Cook Radishes

Large red radishes are best served when sliced fresh into a salad. The radish leaves can be an excellent addition to a potato soup or spinach puree.

Served in a soup, like this low fat Okroshka.

All About Grapes All About Fish